On August 23, 2019, Posted by Michael, in Uncategorized, With Comments Off on Team Ausome and Fastnet Race 2019

Team Ausome is a charity in the United Kingdom promoting the personal and social growth of individuals who have Autism Spectrum Conditions through the sport of sailing. Through out 2019 the charity has given participants with autism from the United Kingdom an autism friendly gateway into sailing by being able to sail with other sailors who have autism.

The charity headed by Lottie Harland and Alex Ahmann, both of who have Autism and have extensive personal carreers in sailing throughout there youth and time at university.  Having raced competitively, they were inspired to aim higher and bring more people with into competitive sailing.  This year in 2019, they set a goal to put together a team with other individuals who have autism and bring that team to the Rolex Fastnet Race. 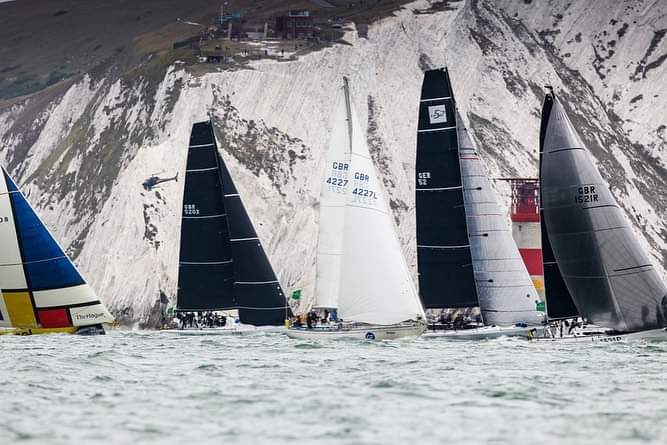 While Sailing in races in Edinburgh, Scotland, Lottie and Alex met Set Sail for Autism and our sailor, Michael Sanchirico, in 2017. This year they offered Michael a spot on their team for 2019 Fastnet race.  Michael jumped at the chance to return to United Kingdom and sail with friends.  To prepare for the race Michael and other team members raced many different races on the English channel and North Sea throughout July building up familiarity with both sailing on salt water and how the boat Lyra of London works.  Lyra of London is a model Swan 431.  Unlike the Great Lakes, tide is a changing current you have to be aware of when sailing off shore in the English Channel, North Sea and other European waters off the coasts of Ireland, Belgium, and France.

The team members for the Fastnet were Lottie, Alex, Michael, George, Seth, Georgina, Lisa, Matt, Mark, and Max.  Together the team of 10 made an impressive finish together by finishing the Channel Race 125 km in under 24 hours (23h 40m).

During the start of the fastnet the team started strong getting over the line on time and racing with the best-of-the-best in sailing, out of the Solent and into the English Channel. The fleet assembled for the Fastnet start in Cowes, is truly one of the most fantastic fleets of sail boats to be a part of in the racing world. Unfortunately 48 hours into the Fastnet, south of the English headland called the Lizard, the team encountered technical problems and were forced to make a safety call and retire from the race.

Once again it is a very impressive achievement to assemble a team of Autistic individuals from around the world and to form a compete sailing in an event such as the Fastnet.  Set Sail for Autism looks forward to working with Team Ausome again in the future.  Time will tell if this team comes together again to try the Fastnet in 2021. With Impressive leaders like Lottie and Alex leading Ausome we believe they stand a good chance at achieving anything they set out to do.

Thank you to all of the sponsors and donors who contributed to Ausome and Set Sail for Autism that keeping opportunities like this possible! 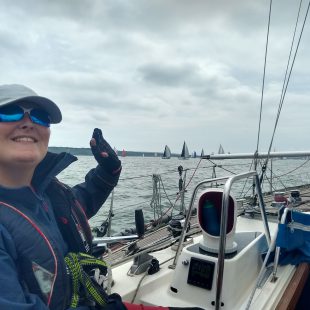 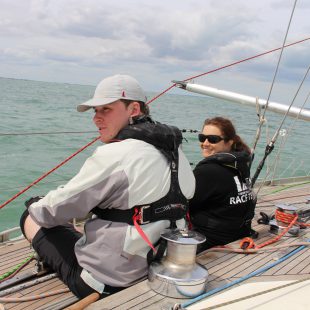 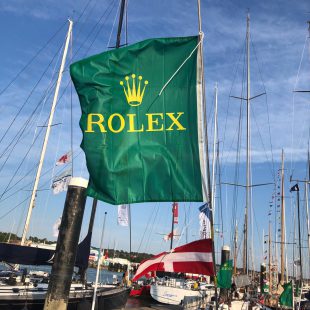 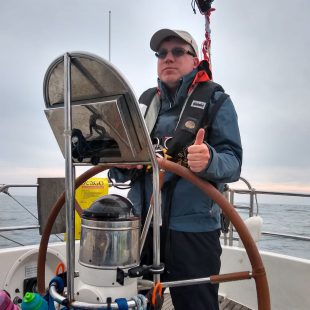 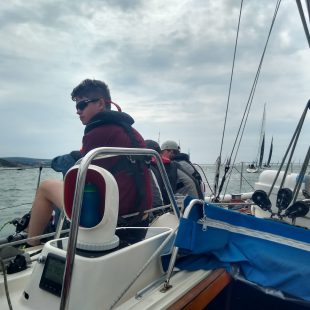 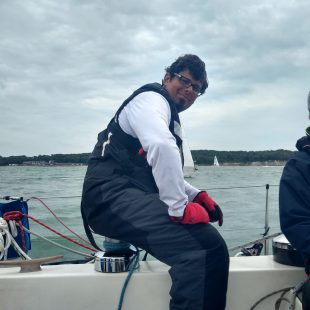 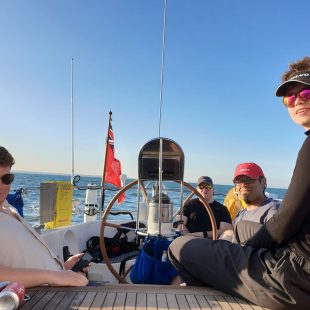